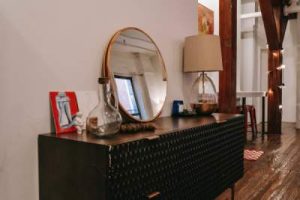 There is a fine line between ‘do you have to’ and ‘do you need to’ attach IKEA dressers to the wall. Well, if you want the dresser to be risky furniture for family members, especially children, then you might not attach the dresser to the wall.

So, do you have to attach IKEA dressers to the wall? We would say, yes. These dressers are fond of tipping over when kids open the drawers and try to climb on them. You should attach the dresser to the wall for maximum safety.

Let’s get to know more detail on the topic and how can you attach dressers to the wall.

Do You Have to Attach IKEA Dressers to the Wall?

The main problem with dressers is their shape. They are mostly rectangular and have a flat base that should sit flat on the floor. But the width of the dressers is much lower in comparison to the height.

When kids open the top drawer, for example, the center of gravity of the dresser gets displaced. If the kids try to hang on the drawers, the chances are high that the dresser will tip over pretty easily. This is the main reason behind the IKEA dresser accident.

To overcome this challenge, companies have come up with several different designs. Let’s take a quick look at those designs.

And due to the extended base of the dressers, they are less prone to tipping over. The tipping point stays behind the centerline of the dresser even if you pull all the drawers out. So, these drawers will remain stable without anchoring to the wall.

Safe Shelves is the concept of making dressers in a different design than the traditional ones. Instead of drawers, these dressers are made with rotative shelves. So, kids don’t have the option to pull drawers out and make the dresser a threat for them.

The corners of these shelves are usually rounded, and the base is a bit extended. Kids can often stand on the extended base, which adds to the stability of the dresser. And as there is no drawer opening out, chances of hanging or climbing on the drawers are zero.

This idea came in light to prevent kids from opening drawers of dressers. One of the main reasons kids open drawers is to pick their toys. If they find everything they need in smaller chests at the bottom of the dresser, the chance of opening top drawers will be reduced.

These dresses don’t have bottom drawers. Instead of one or two bottom drawers, they have small cubicles or chests. Kids can use these spaces to pick or put their toys away.

We have shown these dressers to make you understand that anchoring dressers to the wall is necessary if you are using a regular IKEA Brimnes chest of drawers. When a dresser is made in the traditional design, its center of gravity lies on the centerline of the width.

As a result, it is easy to imbalance the center of gravity where the front base of the dresser works as a pivot point. The only way to secure these dressers is to attach them to the wall. Let’s have a look at how you can do that.

How to Attach IKEA Dresser to Wall?

You can attach an IKEA dresser to the wall with screws and plugs. But the method can vary a bit depending on the material of the wall. We break down the anchoring process for each wall type here.

If you have drywall with a wood stud, you can follow these steps.

If there is no wood stud available, you need to follow this method.

This method is quite similar to the previous one. To attach Malm chests to the masonry wall, follow these steps.

Get answers to some of your frequently asked questions here.

To be honest, all IKEA wardrobes have the chances of falling over if you don’t attach them to the wall securely. The incident of falling over happens mostly when the wardrobe has more than three drawers.

In most cases, IKEA dressers can tip over if they dressers aren’t anchored to the wall. Tipping over is a common incident when kids hang or climb on the drawers of the dressers.

Though all dressers might not fall, it is a common trait of IKEA dressers to fall over with a certain amount of weight applied on top drawers.

Yes, A 2-year-old named Jozef Dudek died after being suffocated by a chest of drawers from IKEA. The company had to pay $46 million as compensation to the parents of the child.

Dressers are very innocent-looking furniture that we all have in our homes. And IKEA has become a big name in the furniture industry. But their dressers are prone to tipping over when hanged or climbed on drawers.

And especially if you have kids at home, this is a must to do. No matter what the shape of the dresser is, anchor it properly to keep everyone safe.

Adnan
As an Amazon Associate I earn from qualifying purchases.